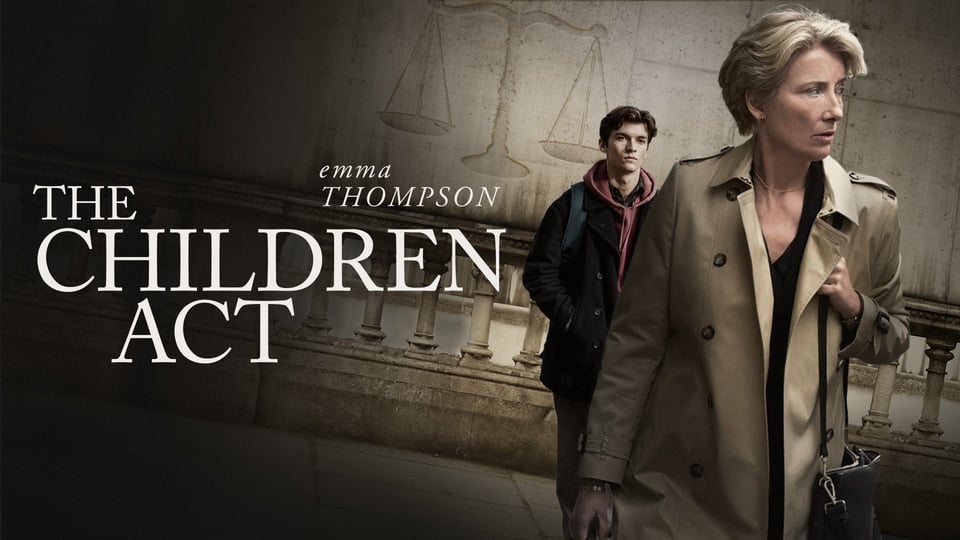 Smart, elegant, and deeply moving, THE CHILDREN ACT stars two-time Academy Award-winner
Emma Thompson in a powerful and riveting performance as Fiona Maye, a
British High Court judge who, in the midst of a marital crisis, must
rule on a life-changing legal case concerning the survival of a teenage
boy.

Fiona is intensely dedicated to her profession, never finding time to
have her own children while fully assuming the immense responsibility
of making life-and-death decisions about the children of others. As
Fiona is about to embark on one of the most challenging cases of her
career, Jack (Stanley Tucci) her neglected and increasingly frustrated
husband, makes a shocking revelation, sending her into an emotional
tailspin.

“THE CHILDREN ACT feels utterly of a piece with the original
book: urbane, understated, handsomely realized and impeccably
interpreted by a cast of superb actors.” – Ann Hornaday, The Washington Post