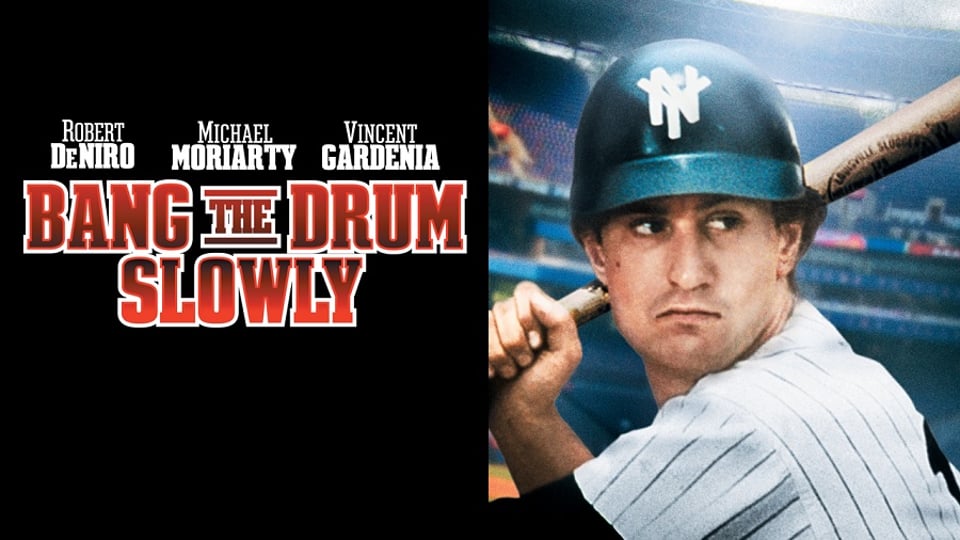 Robert
De Niro and Michael Moriarty star in this superbly crafted film about
the unlikely friendship between two baseball players. Moriarty plays the
team’s ace pitcher and social charmer; De Niro is the catcher, a farm
boy from Georgia who lacks all of Moriarty’s sophistication. He is also
dying.

During their last season together on a team fraught with bickering
and infighting, the two men grow into manhood and respect for themselves
and each other. BANG THE DRUM SLOWLY is moving without being
sentimental and is filled with tenderness, humor, honesty and brilliant
acting.

Nominated for Best Actor in a Supporting Role (Vincent Gardenia) at the Academy Awards. Voted one of the Top Ten Films of 1973 by the National Board of Review, USA.

“By the end, you’ve taken a fastball in the gut without even knowing how it got there.” – Michael Booth, Denver Post