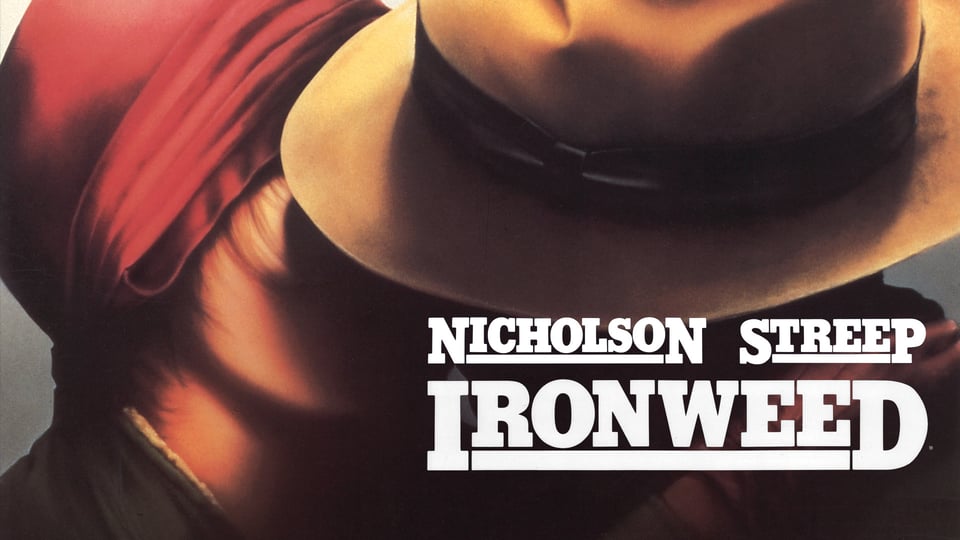 Based
on the William Kennedy novel of the same name, IRONWEED is set in the
waning years of the Depression. Jack Nicholson plays Francis Phelan, a
washed-up baseball player who deserted his family back in the 1910s when
he accidentally killed his infant son by dropping him.

Since that time, Phelan has been a shabby barfly, living from drink
to drink; spending his days palling around with Rudy (Tom Waits).
Wandering into his hometown of Albany, New York, Phelan blearily seeks
out his girlfriend and erstwhile drinking companion of nine years, Helen
Archer (Meryl Streep), who has begun prostituting herself for drink and
lodging. When a chance for reconciliation with his wife (Carroll Baker)
emerges, Francis must decide if he is ready to return to the life he
abandoned.

“… An exercise in which two great actors expand their range and work together in great sympathy.” – Roger Ebert, Chicago Sun-Times