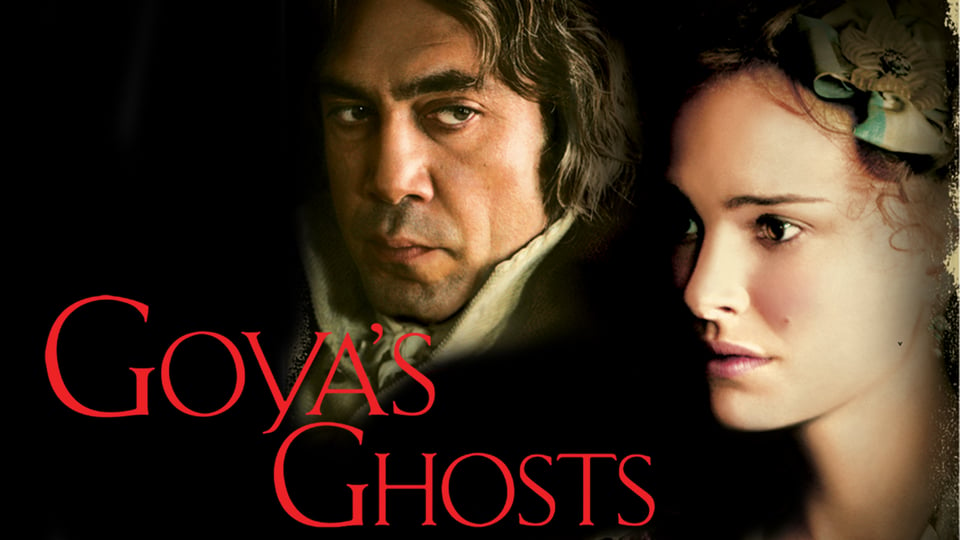 Directed
by Oscar-winner Milos Foreman, “Goya’s Ghosts” is a sweeping historical
epic, told through the eyes of celebrated Spanish painter Francisco
Goya (Stellan Skarsgard). Set against the backdrop of political turmoil
at the end of the Spanish Inquisition and start of the invasion of Spain
by Napoleon’s army. Brother Lorenzo (Javier Bardem), an enigmatic,
cunning member of the Inquisition’s inner circle who becomes infatuated
with Goya’s teenage muse, Ines (Natalie Portman), when she is falsely
accused of heresy and sent to prison.

“An extraordinarily beautiful film that plays almost like an
excuse to generate its images. Like the Goya prints being examined by
the good fathers of the Inquisition in the opening scene, the images
stand on their own, resisting the pull toward narrative, yet adding up
to a portrait of grotesque people debased by their society.” – RogerEbert.com