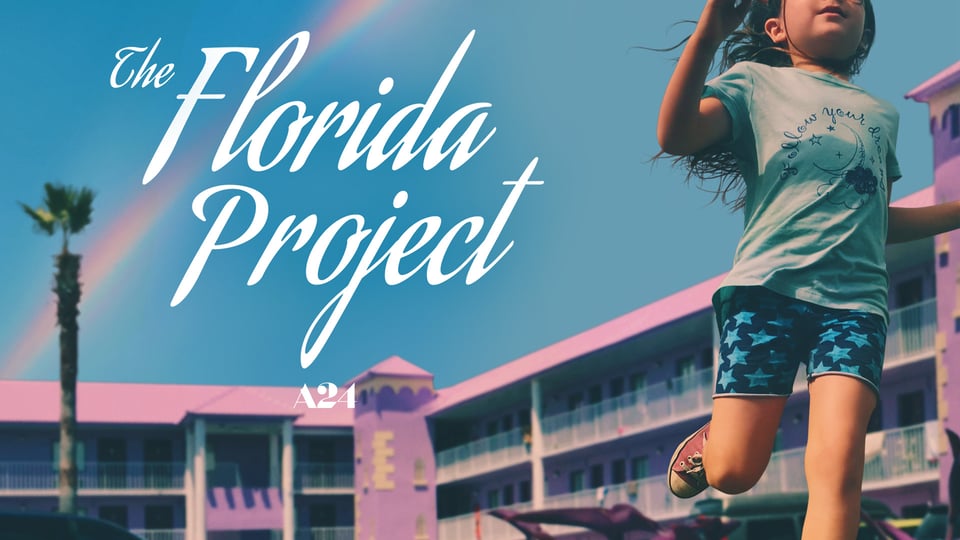 Set
on a stretch of highway in a budget motel managed by Bobby (Willem
Dafoe), just outside the imagined utopia of Disney World, THE FLORIDA
PROJECT follows six-year-old Moonee and her rebellious mother over the
course of a single summer.

Willem Dafoe was nominated for an Oscar, a Golden Globe and a BAFTA for his performance. Nominated for Best Director and Best Feature at the Film Independent Spirit Awards. Official Selection at the Cannes Film Festival.

“Director Sean Baker crafts one of the best and toughest films about childhood ever.” – Peter Travers, Rolling Stone