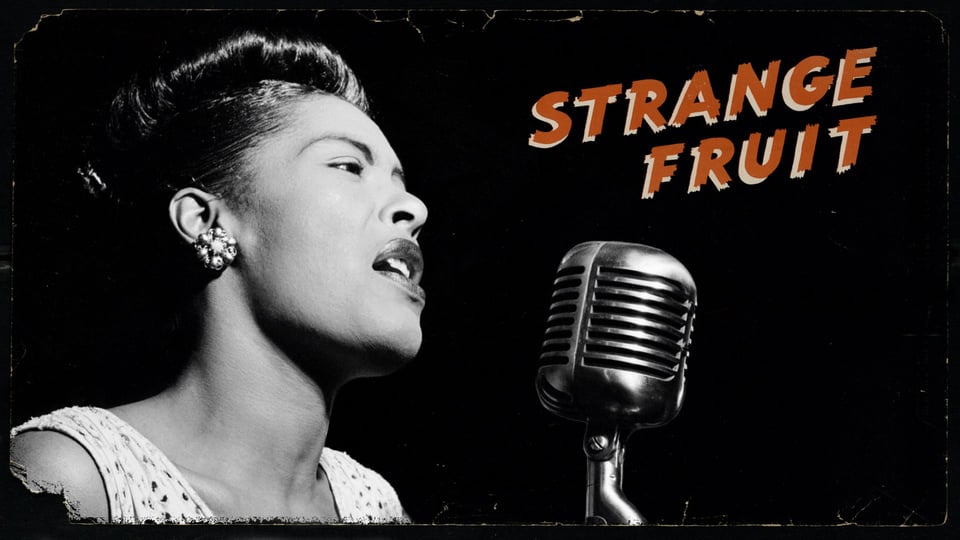 STRANGE
FRUIT is the first documentary exploring the history and legacy of the
Billie Holiday classic. The song’s evolution tells a dramatic story of
America’s radical past using one of the most influential protest songs
ever written as its epicenter. The saga brings viewers face-to-face with
the terror of lynching even as it spotlights the courage and heroism of
those who fought for racial justice when to do so was to risk ostracism
and livelihood if white – and death if Black. It examines the history
of lynching, and the interplay of race, labor and the left, and popular
culture as forces that would give rise to the Civil Rights Movement.

While many people assume STRANGE FRUIT was written by Billie Holiday
herself, it actually began as a poem by a Jewish schoolteacher and union
activist from the Bronx who later set it to music. Disturbed by a
photograph of a lynching, the teacher wrote the stark verse and brooding
melody about the horror of lynching under the pseudonym Lewis Allan in
1938. It was first performed at a New York teachers’ union rally and was
brought to the attention of the manager of Cafe Society, a popular
Greenwich Village nightclub, who introduced Billy Holiday to the writer.