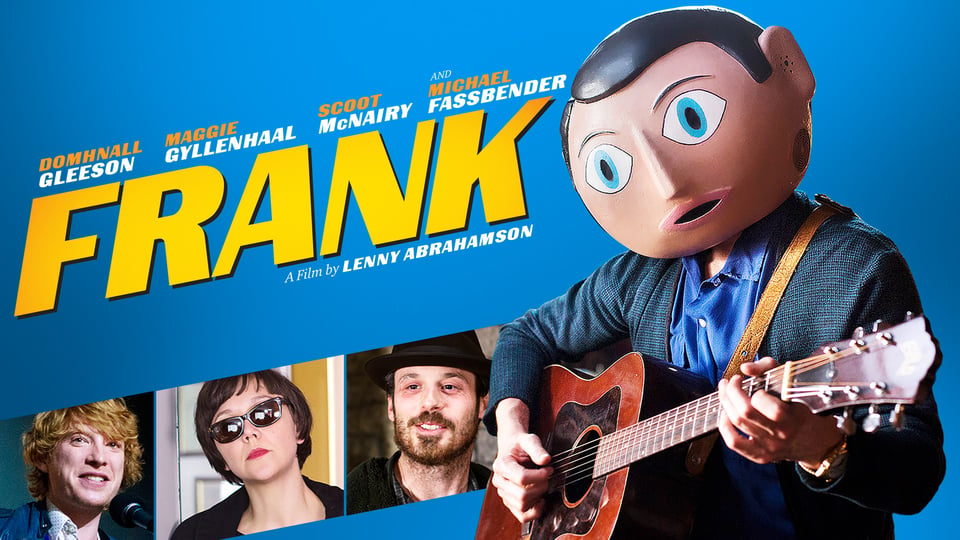 Michael
Fassbender stars as Frank, a genius rock musician who performs wearing a
giant fake head that he never removes. Things get rocky between his
protective bandmate Clara (Maggie Gyllenhaal) and newcomer Jon (Domhnall
Gleeson), who is convinced they’re meant for stardom. The band lands
their biggest gig, but are they ready? And is the world?

“Michael Fassbender spends the majority of Lenny Abrahamson’s
irreverent comedy FRANK buried underneath a giant plastic head, but the
honesty of his performance is on full display.” – Eric Kohn, indieWire

“With the soulful [Domhnall] Gleeson and a sweetly menacing
Fassbender (under a giant helmet-head) at its center, the movie never
loses its acerbic edge or its oversize heart.” – Kyle Anderson, Entertainment Weekly