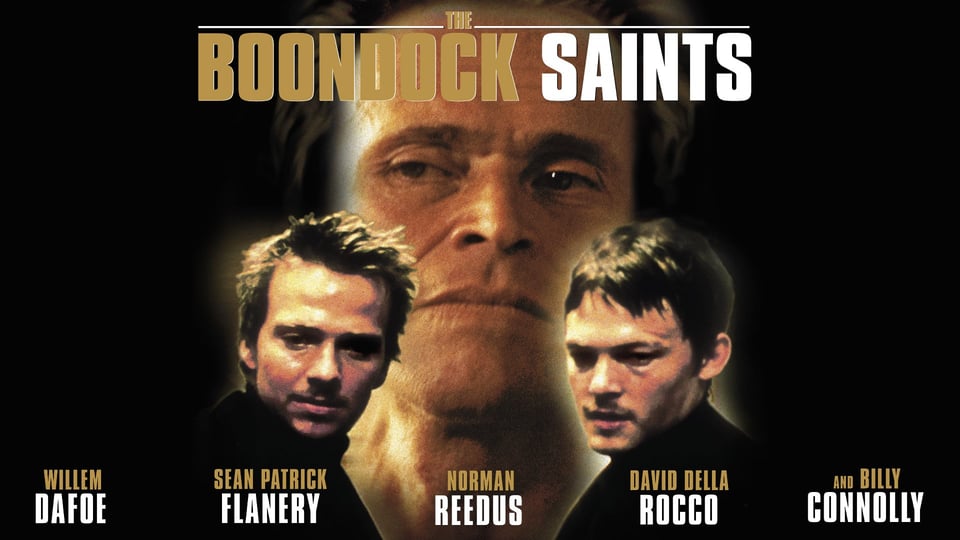 After both experience an epiphany, the brothers set out to rid Boston of evil while being tracked down by FBI agent Paul Smecker (Willem Dafoe, SPIDERMAN, PLATOON, SHADOW OF THE VAMPIRE) in this stylish and violent crowd-pleaser.

“Willem Dafoe’s portrayal of the conflicted homosexual FBI agent is overacted to such an extent that it is hilarious, amazing and entertaining. His is an unforgettable character.” – Robert Roten, Laramie Movie Scope