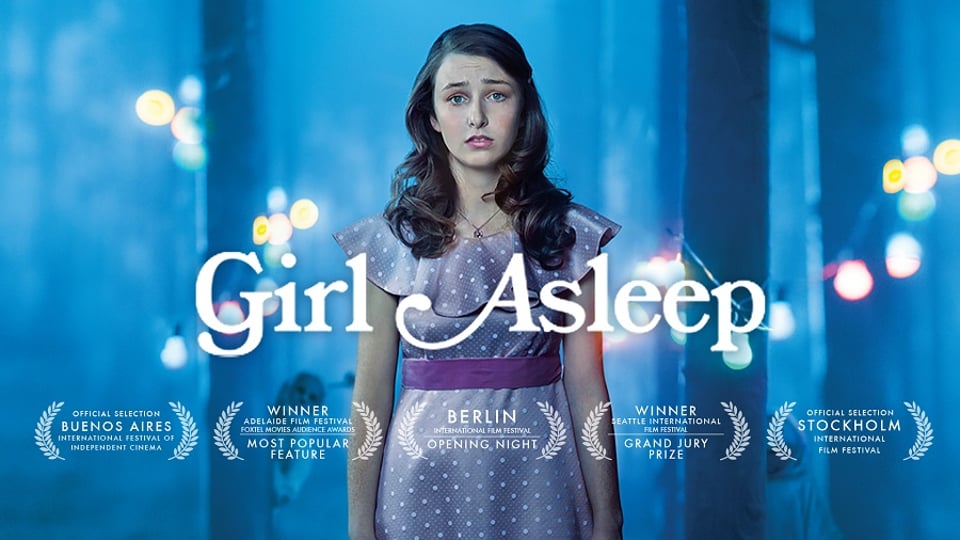 The
world is closing in on 14 year-old Greta Driscoll. A teen at a cross
roads, she can’t bear to leave her childhood behind because it contains
all the delightful things that give her comfort in this otherwise
incomprehensible world.

Existing in a bubble of security alongside only friend Elliott,
Greta’s parents decide to throw her a surprise birthday party where
she’s taken well out of her comfort zone and flung into a strange
parallel world of ludicrous circumstances and twisted logic, a place
where only she can find herself.

A colorful coming-of-age tale set in 1970’s Australia, featuring
funky music and inspired dance sequences GIRL ASLEEP is a bold journey
into the absurd, scary and beautiful heart of the teenage mind.

Nominated for Best Feature Film in the Generation 14plus competition at the Berlin International Film Festival.

“Plays like the love child of Jane Campion and Guy Maddin, an
otherworldly quinceañera that celebrates female rites of passage and the
hallucinatory power of film.” – Serena Donadoni, Village Voice