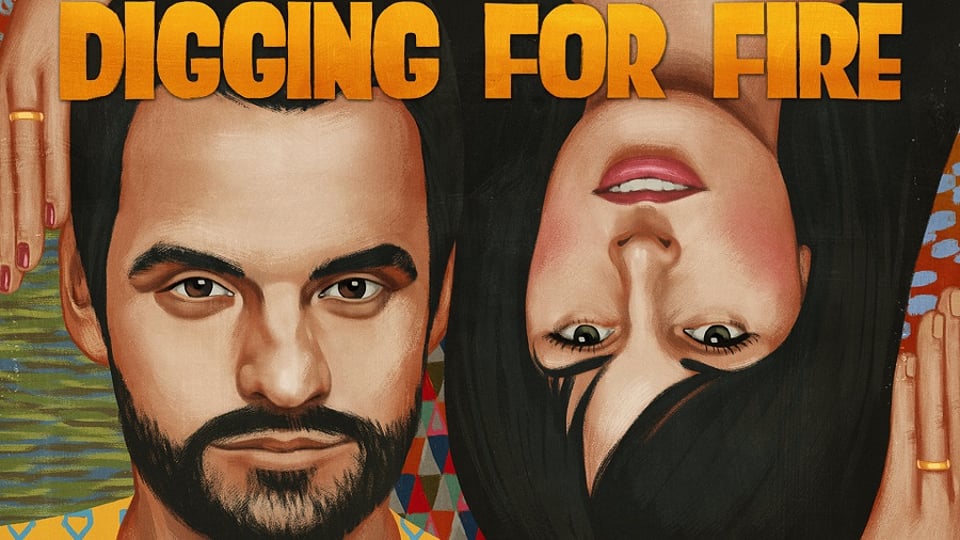 The
chance for a young couple, Tim and Lee, to stay at a fancy home in the
Hollywood Hills is complicated by Tim’s (Jake Johnson) discovery of a
bone and a rusty old gun in the yard. Tim is excited by the idea of a
mystery, but Lee (Rosemarie Dewitt) doesn’t want him to dig any further,
preferring that he focus on the family taxes, which he promised to do
weeks ago.

This disagreement sends them on separate and unexpected adventures
over the course of a weekend, as Tim and his friends seek clues to the
mystery while Lee searches for answers to the bigger questions of
marriage and parenthood.

“DIGGING FOR FIRE is a pleasant escape – an attractively shot,
gracefully edited and, finally, emotionally satisfying mystery about the
nature of marriage itself.” –
Ann Hornaday, The Washington Post