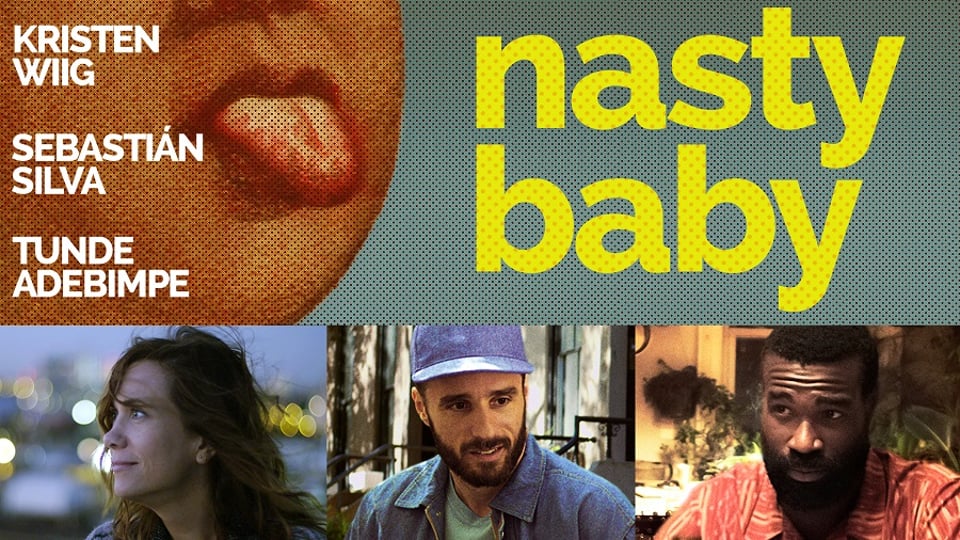 An
award-winning festival favorite, NASTY BABY centers on Freddy
(Sebastián Silva), a Brooklyn-based artist who, with his boyfriend, Mo
(Tunde Adebimpe), and their best friend, Polly (Kristen Wiig), is trying
to have a baby. As this trio deals with the complications of
conception and creating the “new normal” family, their bliss is clouded
by a series of confrontations with an annoying neighbor who just might
be a madman.

Winner of Best Feature Film at the Berlin International Film Festival. Nominated for the Best of Next! Award at the Sundance Film Festival.

“[A] devilishly clever plot…[NASTY BABY is] a carefully
constructed narrative machine, one that dispenses a brilliantly nasty
series of surprises. Mr. Silva’s accomplishment is not just in pulling
off a jarring plot twist, but in handling a change of tone that turns
the movie — and the audience’s assumptions about it — upside down.” –
A.O. Scott, The New York Times