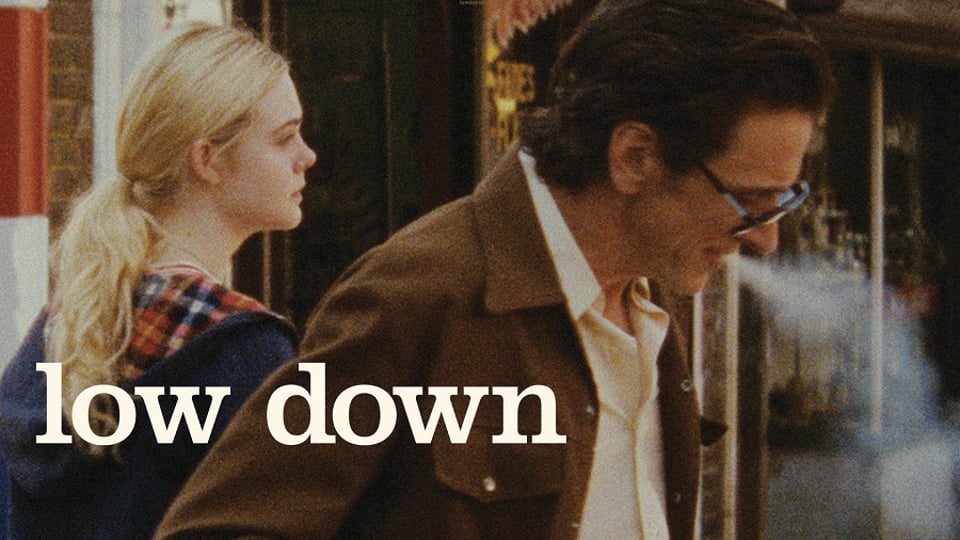 Based
on the memoir by Amy-Jo Albany, LOW DOWN is a compassionate, tender
look at the complex relationship between Amy-Jo (Elle Fanning) and her
father Joe (John Hawkes), a man torn between his musical ambition, his
devotion to his teenage daughter, and his suffocating heroin addiction.

Set against a sensuously textured 1970s Hollywood, the film
beautifully evokes a colorful, seedy world of struggling musicians,
artists, and vagabonds, in which Joe and Amy-Jo strive to live the lives
they want against seemingly insurmountable odds.

Winner of a Cinematography Award and nominated for the Grand Jury Prize – Dramatic at the Sundance Film Festival.

“[LOW DOWN] bravely and candidly conveys its message, without a
trace of Hollywood sugarcoating or simplistic pontificating…” – George
Varga, San Diego Union-Tribune

“It is both stunningly somber and breathtakingly well-crafted, a
pure and gripping cinematic love song in a melancholy key.” – Colin
Covert, Minneapolis Star Tribune