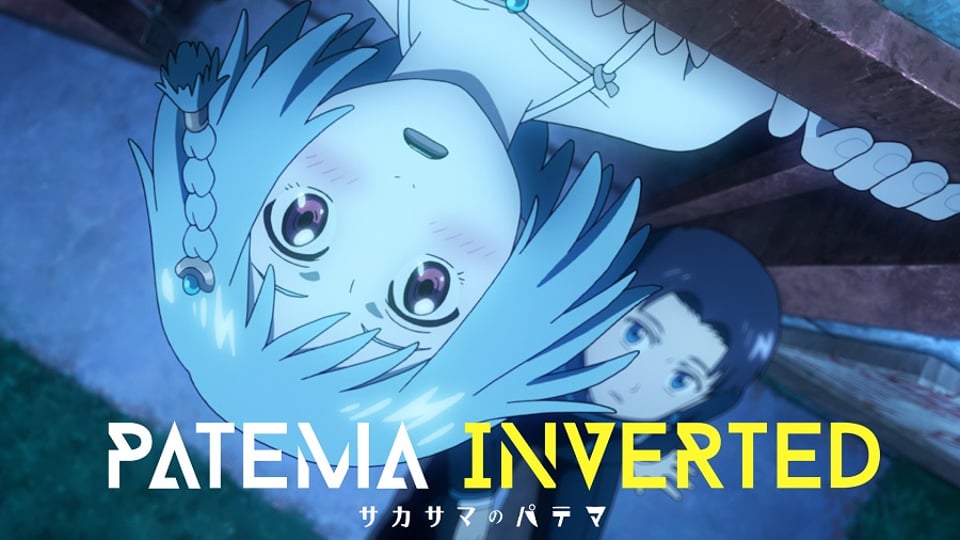 Patema lives in an underground world of tunnels, the long-abandoned
ruins of a giant industrial complex. Though she is a princess, she is
held back by the rules imposed by the elders of her clan. One day when
she is exploring in a forbidden zone, she is startled by a strange
bat-like creature and tumbles headlong into a void – and out into the
wide open world above the surface, a place with reversed physics, where
if she let go she would “fall up” into the sky and be lost forever.

Age is a student on this surface world, a totalitarian society whose
compliant population has been brainwashed against the “sinners who fell
into the sky.” When he spies Patema hanging upside-down from a tree, he
pulls her down to safety, struggling with all his might to keep her
earthbound as she grips on to him for dear life. Together their weights
cancel each other out, and once they master the art of navigating
competing gravitational forces, they set out to evade the leaders of
Age’s world and discover the secret that keeps their worlds apart.

“Yasuhiro Yoshiura has fashioned an ingenious animated fable,
rooted in scientific phenomena which will stir the imaginations of
adults and kids alike, challenging as it might be at times for the
latter demographic.” – David Noh, Film Journal International