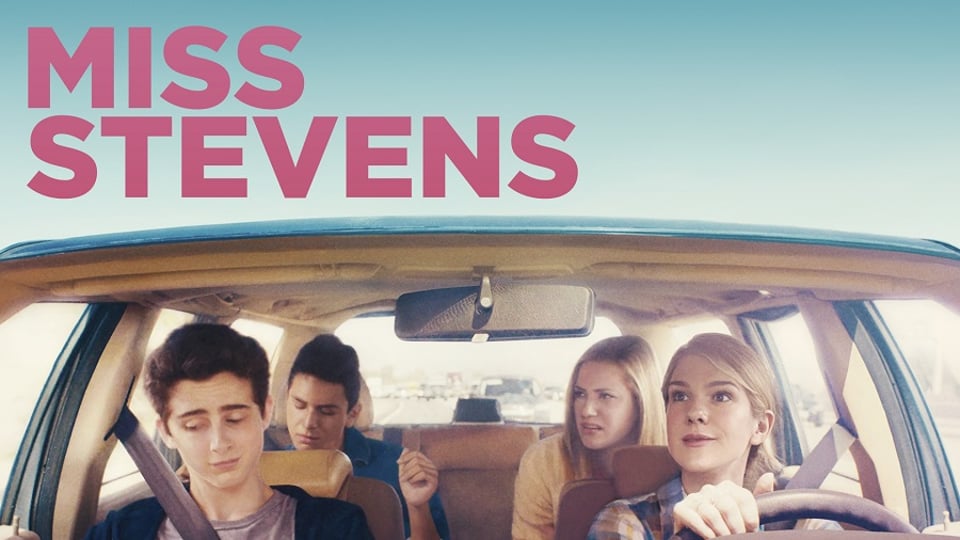 Stuck
at a crossroads in her personal life, it falls on Miss Stevens to
chaperone three of her students — Billy, Margot and Sam — on a weekend
trip to a drama competition. Exploring the fine line between being a
grown up and being a kid, MISS STEVENS is about students becoming
teachers and teachers coming to realize that the messiness of youth
never really goes away. This New York Times Critics’ Pick also co-stars Oscar-nominated actor, Timothée Chalamet.

“[Julia] Hart imbues the film with both a natural visual harmony,
as well as the simplicity of a lasting message: There are no easy
answers when dealing with the complexities of other human beings.” –
Michael Snydel, Paste Magazine