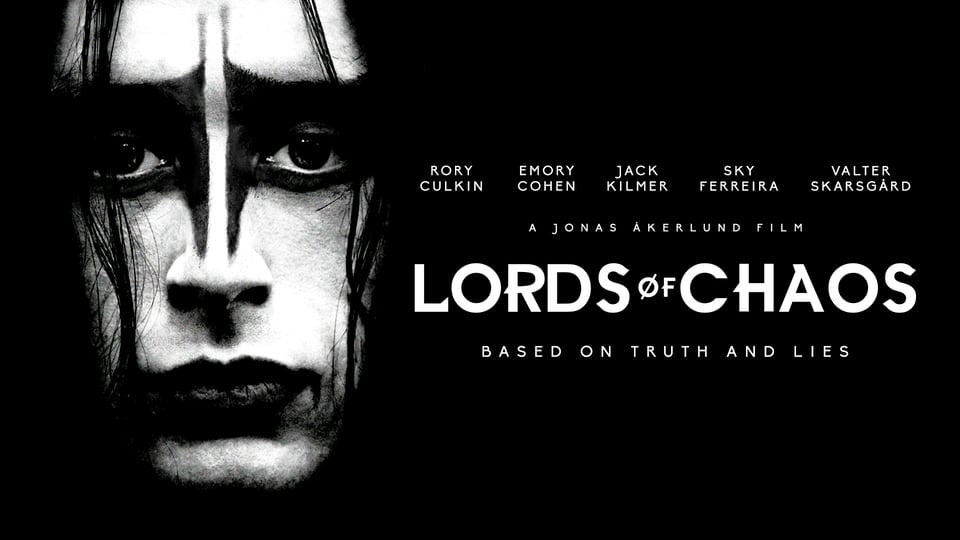 Based
on an astonishingly true story, LORDS OF CHAOS recounts the exploits of
the Norwegian black metal movement’s most notorious band: Mayhem. After
the gruesome suicide of vocalist Per Yngve Ohlin, the band’s founder,
Øystein Aarseth (Rory Culkin), used the opportunity to inject a mix of
satanism, havoc, and murder into the music to sell more records.

“Lords of Chaos provokes both awe and repulsion, but not
necessarily admiration for a musical form and subculture unwaveringly
devoted to literalism, no matter how extreme.” – Justin Lowe, Hollywood Reporter