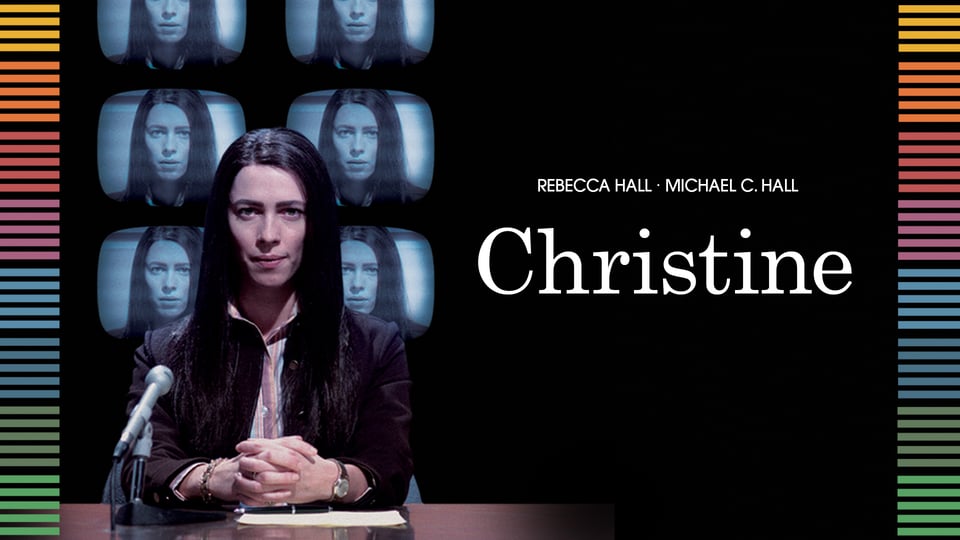 This
is the true story of a woman caught in the crosshairs of a spiraling
personal life and career crisis. Small-town reporter Christine (Rebecca
Hall), feels like she is destined for bigger things and is relentless in
her pursuit of an on-air position in a larger market. As an aspiring
newswoman with an eye for nuance and social justice, she finds herself
constantly butting heads with her boss, who pushes for juicier stories
that will drive up ratings.

Plagued by self-doubt and a tumultuous home life, Christine’s
diminishing hope begins to fall further when an on-air co-worker
(Michael C. Hall) initiates a friendship which ultimately becomes yet
another unrequited love. Disillusioned as her world continues to close
in on her, Christine takes a dark and surprising turn.

Nominated for the Grand Jury Prize in the Dramatic Competition at the Sundance Film Festival. Nominated for Best First Screenplay at the Film Independent Spirit Awards.

“Rebecca Hall gives one of the great performances of the year as
the title character in Christine, an intense, stomach-churning,
unblinking drama.” – Richard Roeper, Chicago Sun-Times