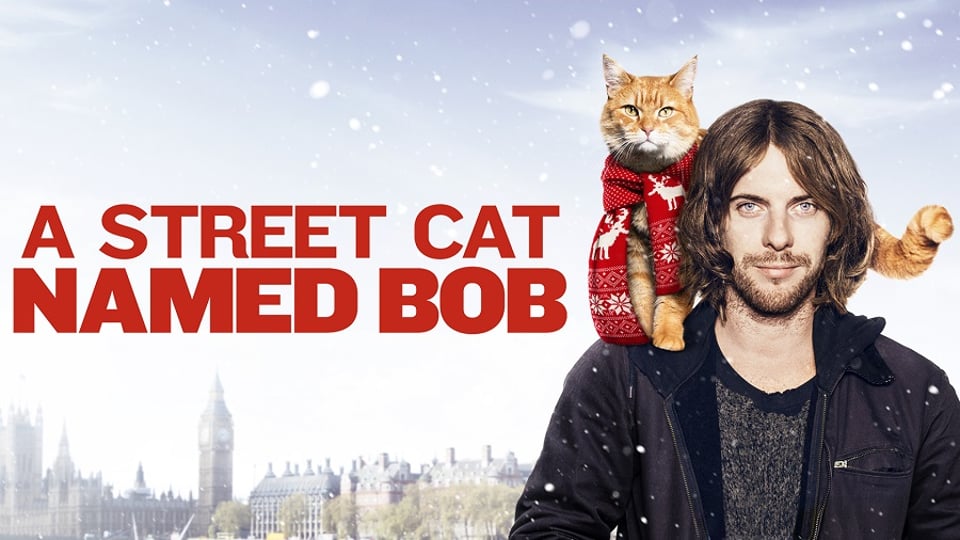 Based on the international best-selling book, A STREET CAT NAMED BOB is a moving and uplifting feel-good true story.

When James Bowen finds an injured street cat, he has no idea just how
much his life is about to change. James lives hand to mouth on the
streets of London and the last thing he needs is a pet. Yet James can’t
resist helping the strikingly intelligent tom cat, whom he christens
Bob. He slowly nurses Bob back to health and then sends the cat on his
way, imagining he will never see him again. But soon the two are
inseparable and their diverse, comic and occasionally dangerous
adventures transform both their lives, slowly healing the scars of each
other’s troubled pasts.

“A rewardingly unassuming, tough and tender portrait of a
drug-addicted London busker whose ill-fated life takes a surprising turn
after a ginger tabby turns up in his kitchen.” – Michael Rechtshaffen, The Los Angeles Times