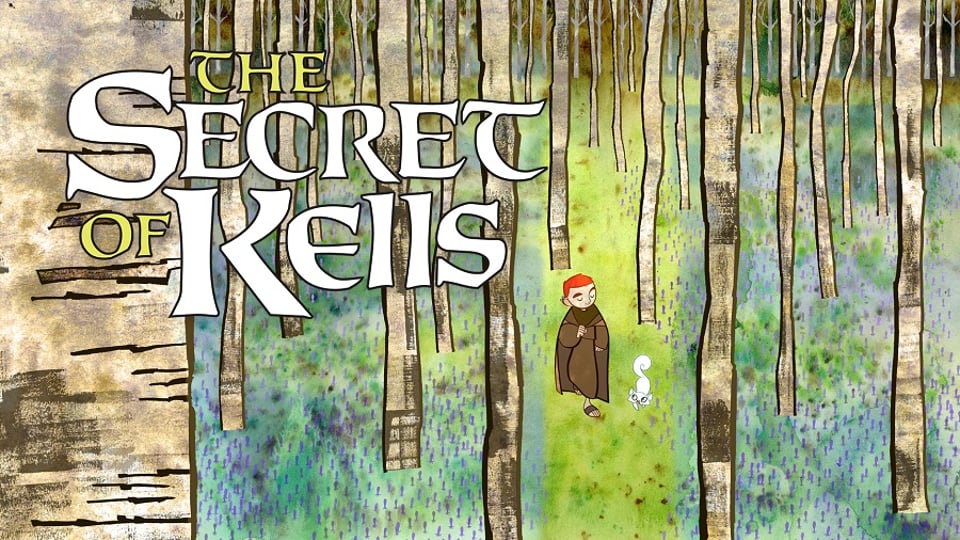 Young
Brendan lives in a remote medieval outpost under siege from barbarian
raids. But a new life of adventure beckons when a celebrated master
illuminator arrives from foreign lands carrying an ancient but
unfinished book, brimming with secret wisdom and powers.

To help complete the magical book, Brendan has to overcome his
deepest fears on a dangerous quest that takes him into the enchanted
forest where mythical creatures hide. It is here that he meets the fairy
Aisling, a mysterious young wolf-girl, who helps him along the way. But
with the barbarians closing in, will Brendan’s determination and
artistic vision illuminate the darkness and show that enlightenment is
the best fortification against evil?

“THE SECRET OF KELLS has elements of a quest adventure and a
coming-of-age story, but it’s more beautifully stylized and astutely
abstracted than the average kiddie cartoon.” – Joe Williams, St. Louis Post-Dispatch