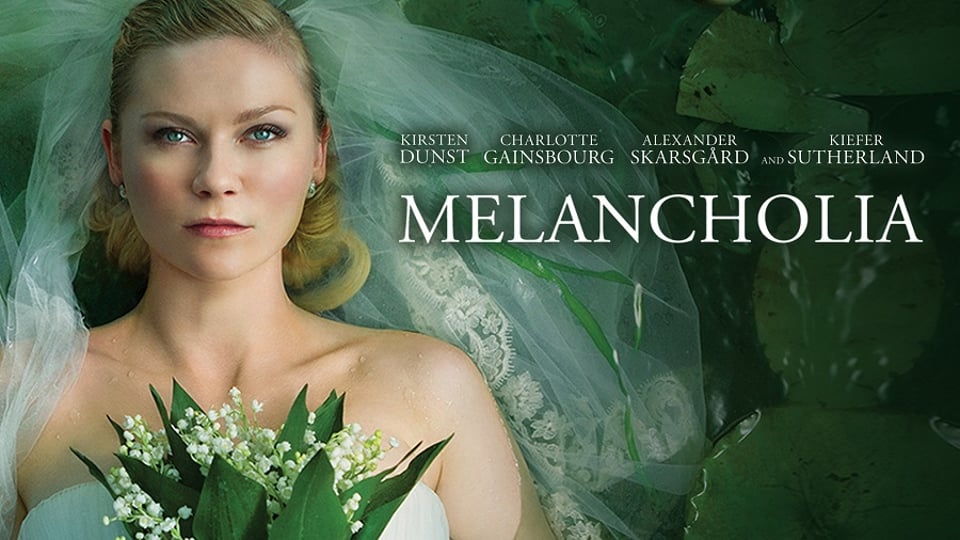 Acclaimed
filmmaker Lars von Trier grapples with his own experiences with
depression to this dark sci-fi drama and Palme d’Or nominee. Justine
(Kirsten Dunst) and Michael (Alexander Skarsgård) celebrate their
marriage at a sumptuous party in the home of Justine’s sister Claire
(Charlotte Gainsbourg) and brother-in-law John (Kiefer Sutherland).
Despite Claire’s best efforts, the wedding is a fiasco, with family
tensions mounting and relationships fraying. Meanwhile, a planet called
Melancholia is heading directly towards Earth, threatening the very
existence of humankind.

Nominated for the Palme d’Or and winner of Best Actress (Kirsten Dunst) at the Cannes Film Festival. Second Place Winner for Best Film and Best Director in the Indiewire Critics’ Poll. Nominated for Best Foreign Film at the César Awards.

“In MELANCHOLIA, von Trier has created a mission statement of a
masterpiece, one that reminds us that nihilism itself can serve as a
legitimate form of creation, a means as well as The End.” – Lisa Rosman,
indieWire

“This is the greatest movie ever made about depression, full stop.” – Sean Burns, Philadelphia Weekly