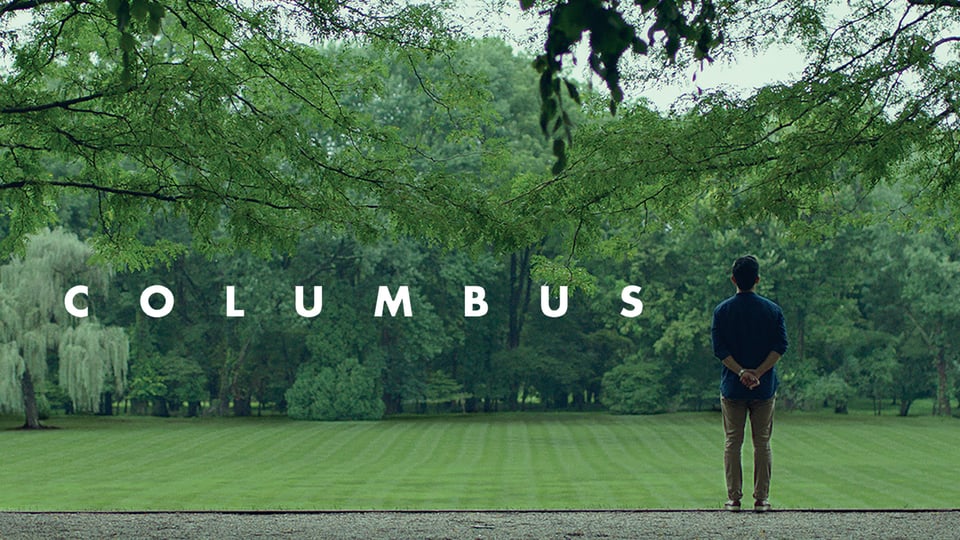 Casey
(Haley Lu Richardson) lives with her mother in a little-known
Midwestern town haunted by the promise of modernism. Jin (John Cho), a
visitor from the other side of the world, attends to his dying father.
Burdened by the future, they find respite in one another and the
architecture that surrounds them.

Nominated for Best Cinematography, Best First Feature and Best First Screenplay at the Film Independent Spirit Awards. Nominated for the Audience Award in the Best of Next! Category at the Sundance Film Festival.

“The quietly stirring, exquisitely photographed COLUMBUS is an
art house gem that beautifully illuminates not only the architecture of a
small Indiana town, but also the characters who inhabit it.” – David
Lewis, San Francisco Chronicle