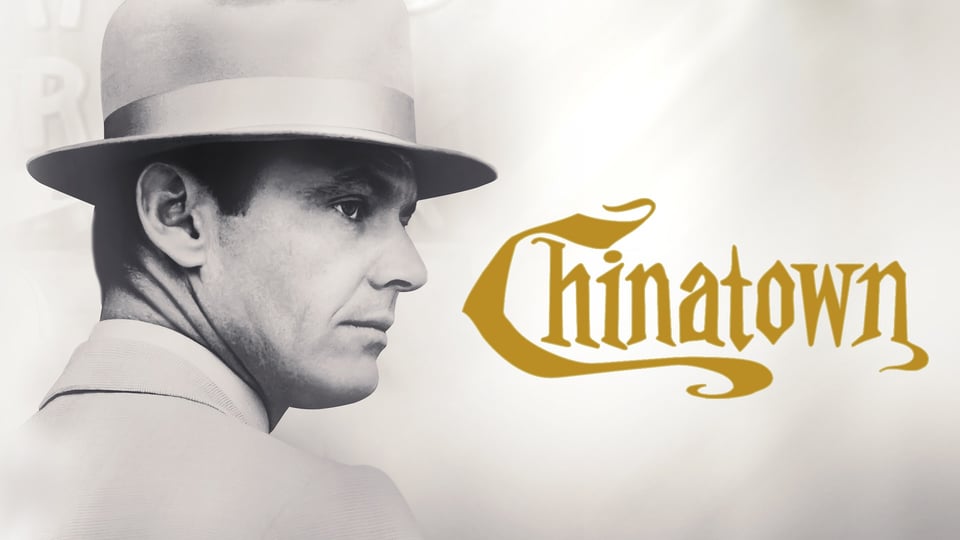 A
landmark movie in the film-noir tradition, CHINATOWN stands as a true
screen classic. Jack Nicholson is private eye Jake Gittes, living off
the murky moral climate of sunbaked, pre-war Southern California. Hired
by a beautiful socialite (Faye Dunaway) to investigate her husband’s
extra-marital affair, Gittes is swept into a maelstrom of double
dealings and deadly deceits, uncovering a web of personal and political
scandals that come crashing together.

“It’s a 1940s private-eye movie that doesn’t depend on nostalgia
or camp for is effect, but works because of the enduring strength of the
genre itself” – Roger Ebert, RogerEbert.com