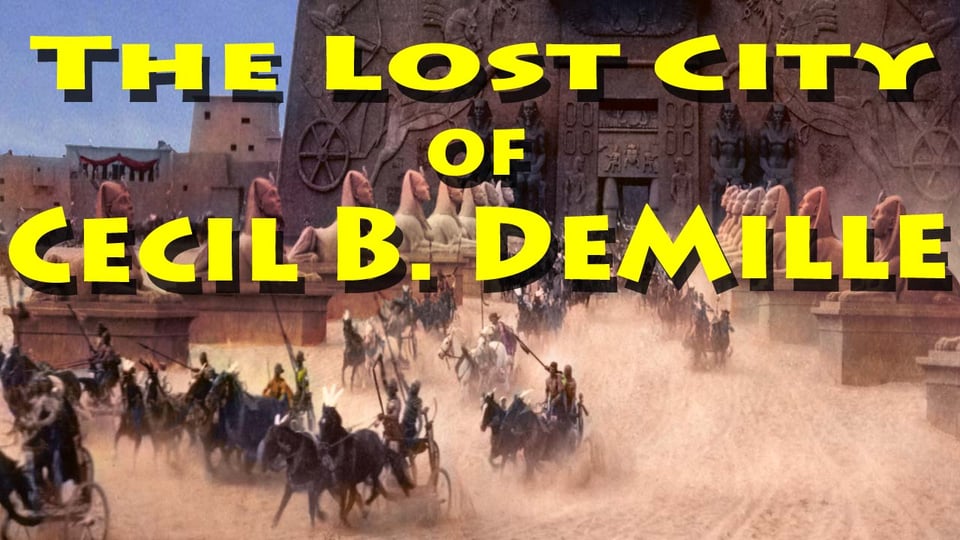 In
1982 Peter Brosnan heard a story about an ancient Egyptian City buried
in California. For thirty years he has been fighting to dig it up. In
2012, with funding from an independent “angel,” an archaeological
excavation of the site finally took place.

Because the filmmakers began their work in the 1980’s, they were able
to capture interviews with many of the people – actors, writers,
chariot drivers and extras – who worked with DeMille in 1923. They also
filmed interviews with people who worked on the second version of The
Ten Commandments. The two versions of The Ten Commandments were like
bookends on the remarkable career of Cecil B. DeMille. The documentary
tells the story of these two films, interwoven with the story of the
archaeological excavation of the site, as well as the incredible
obstacles the project faced.

“With its astute capsule biography of DeMille and firsthand
accounts from people who worked with him, the film pays tribute to one
of Hollywood’s most innovative and commercially successful founding
fathers.” – Sheri Linden, Hollywood Reporter