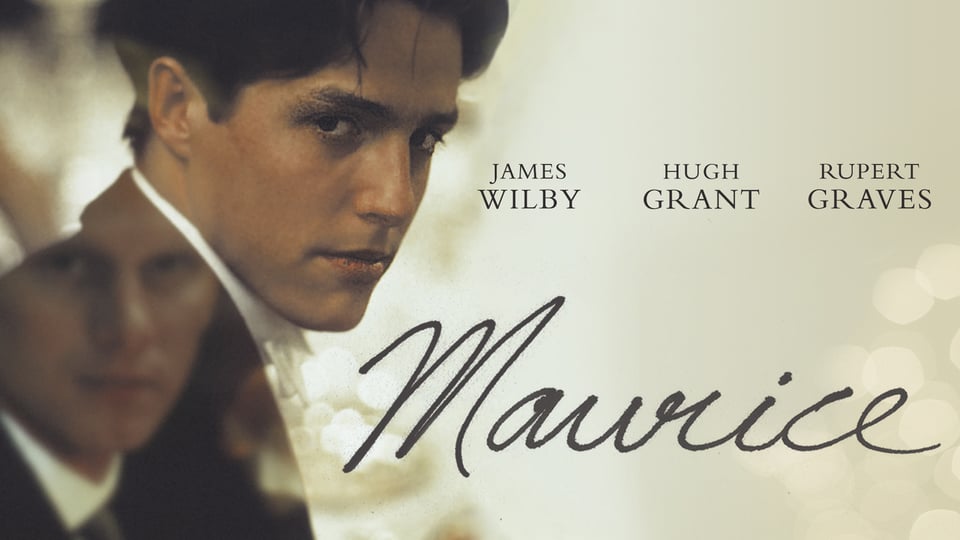 Set
against the stifling conformity of pre-World War I English society,
MAURICE is a story of coming to terms with one’s sexuality and identity
in the face of disapproval and misunderstanding. Maurice Hall (James
Wilby) and Clive Durham (Hugh Grant) find themselves falling in love at
Cambridge.

At a time when homosexuality is punishable by imprisonment, the two
must keep their feelings for one another a secret. After a friend is
arrested and disgraced for “the unspeakable vice of the Greeks,” Clive
abandons his forbidden love and marries a young woman. Maurice, however,
struggles with his identity and self-confidence, seeking the help of a
hypnotist to rid himself of his undeniable urges. But while staying with
Clive and his wife, Maurice is seduced by the affectionate servant
Alec, an event that brings about profound changes in Maurice’s life and
outlook.

Nominated for Best Costume Design at the Academy Awards. Winner of Best Actor, Best Score, the Silver Lion, and nominated for the Gold Lion at Venice Film Festival.

“Wilby cracks the character’s genteel surface, releasing bursts
of fear, pride, and relief. His Maurice is neither martyr nor saint,
radical only in his choice to pursue happiness.” – Serena Donadoni, Village Voice