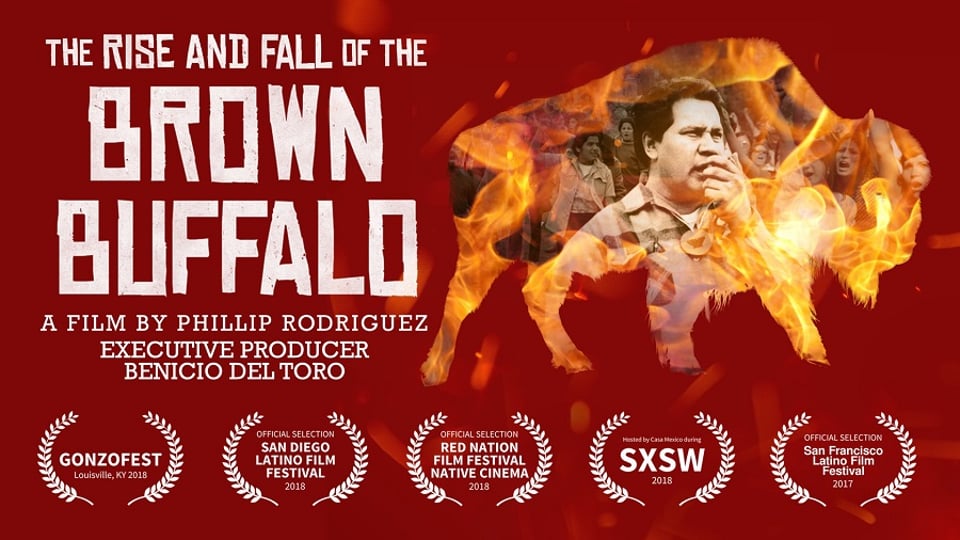 This
genre-defying film introduces the radical Chicano lawyer, author and
counter-cultural icon, Oscar Zeta Acosta. Acosta was the basis for Dr.
Gonzo in “Fear and Loathing in Las Vegas,” written by his friend, the
Hunter S. Thompson.

Channeling the psychedelic 60’s and the irreverence of “Gonzo”
journalism, THE RISE AND FALL OF THE BROWN BUFFALO shows Acosta’s
evolution playing out against the backdrop of a society in turmoil. From
his origins in rural California, to his stint as a Baptist missionary
in Panama, to his radicalization in the Chicano movement of the late
60’s, and finally to his mysterious disappearance off the coast of
Mexico in 1974, the film offers a complex vision of a Chicano icon who
was emblematic of a generation, and yet totally unique in so many ways.
Executive Produced by Benicio Del Toro.