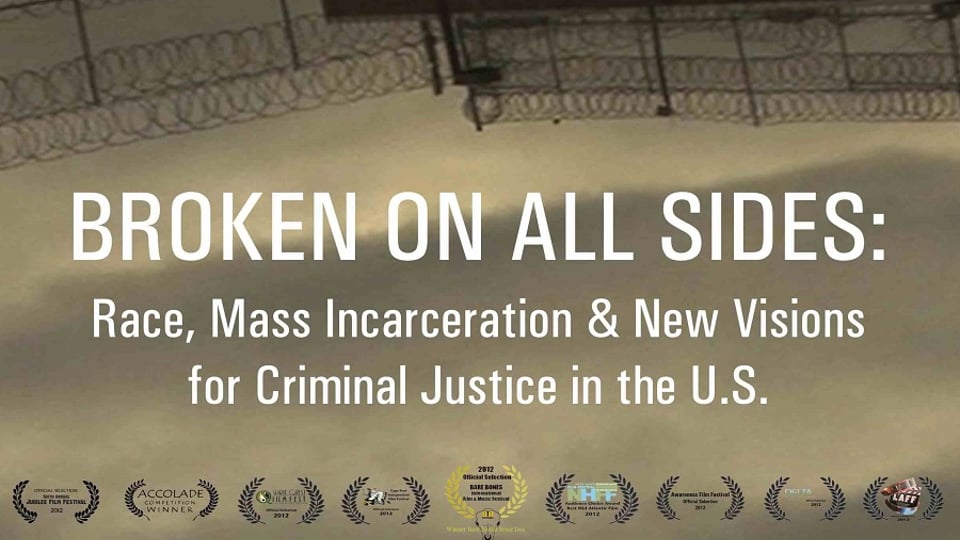 Today,
there are more African Americans in prison or jail, on probation or
parole, than were enslaved in 1850, a decade before the Civil War began.
The prison population has exploded by 500% since the end of the Civil
Rights and Black Power movements. America locks up more of its racial
and ethnic minorities than any other country (including South Africa at
the height of apartheid). Mass incarceration has emerged as America’s
new caste system. How could this happen? With Philadelphia as an entry
point, Broken on All Sides explores the intersection of race and poverty
within the criminal justice system.

Presenting a historical narrative not often heard about prisons and
crime, this documentary investigates the complex issues of discretion
within the system, racial targeting, and the largest spike in the number
of people incarcerated in our nation’s history. Through interviews with
people caught up in or involved with the system, this documentary
answers and provokes questions on an issue walled-off from the public’s
scrutiny. Broken on All Sides dissects the War on Drugs and “tough on
crime” movement, illustrating how the emerging Occupy movement offers
hope for change, and explores possible reforms and solutions to ending
mass incarceration.