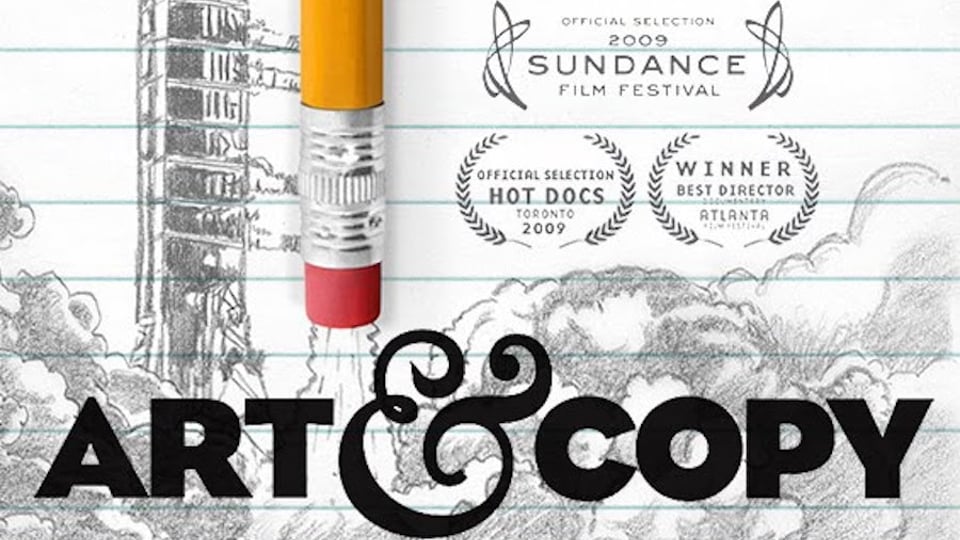 I Want My MTV. Think Small. Just Do It. Got Milk? Where do these phrases come from?

ART & COPY introduces the cultural visionaries who revolutionized
advertising during the industry’s golden age by creating slogans to
live by and ads we all remember. You may have never heard of them, but
pop pioneers Lee Clow, Hal Riney, George Lois, Mary Wells, Jeff Goodby,
Rich Silverstein, Phyllis K. Robinson, Dan Wieden and David Kennedy have
changed the way we eat, work, shop, and communicate often in ways we
don’t even realize. From the introduction of Volkswagen in America to
the triumph of Apple Computers. ART & COPY explores the most
successful and influential advertising campaigns of the 20th century,
and the creative minds that launched them.

Directed by Doug Pray (SURFWISE, HYPE!, SCRATCH), ART & COPY
captures the energy and passion of the individuals who have defined and
redefined American popular culture for more than four decades. Featuring
rare interviews with industry legends, the film reveals the stories and
personal odysseys that have shaped some of the most profound and
influential advertising messages of our time. ART & COPY opens a
window to the creative process, and identifies the critical elements
that can transform a singular idea into a global phenomenon.

“An embracing glimpse into big industry, pop culture and the creative process” -The Hollywood Reporter

“An addictive tour of 50 years of adspeak!” – Seattle Times