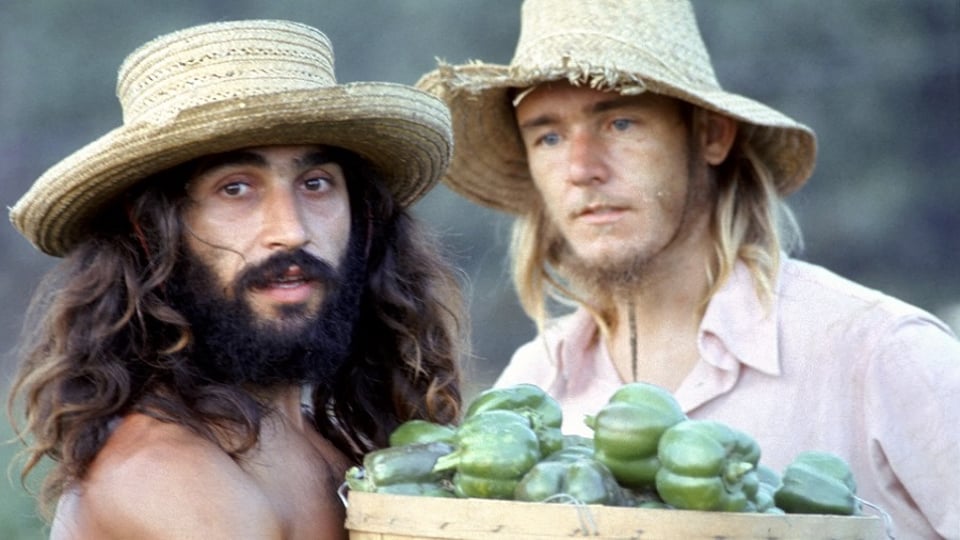 In
1970, 1,500 hippies and their guru Stephen Gaskin founded a commune in
rural Tennessee. Members forked over their savings, grew their own food,
delivered their babies at home and built a self-sufficient society.
Raised in this alternative community by a Jewish mother from Beverly
Hills and a Puerto Rican father from the Bronx, filmmakers and sisters
Rena and Nadine return for the first time since leaving in 1985.

Finally ready to face the past after years of hiding their
upbringing, they chart the rise and fall of America’s largest utopian
socialist experiment and their own family tree. The nascent idealism of a
community destroyed, in part, by its own success is reflected in the
personal story of a family unit split apart by differences. American
Commune finds inspiration in failure, humor in deprivation and, most
surprisingly, that communal values are alive and well in the next
generation.