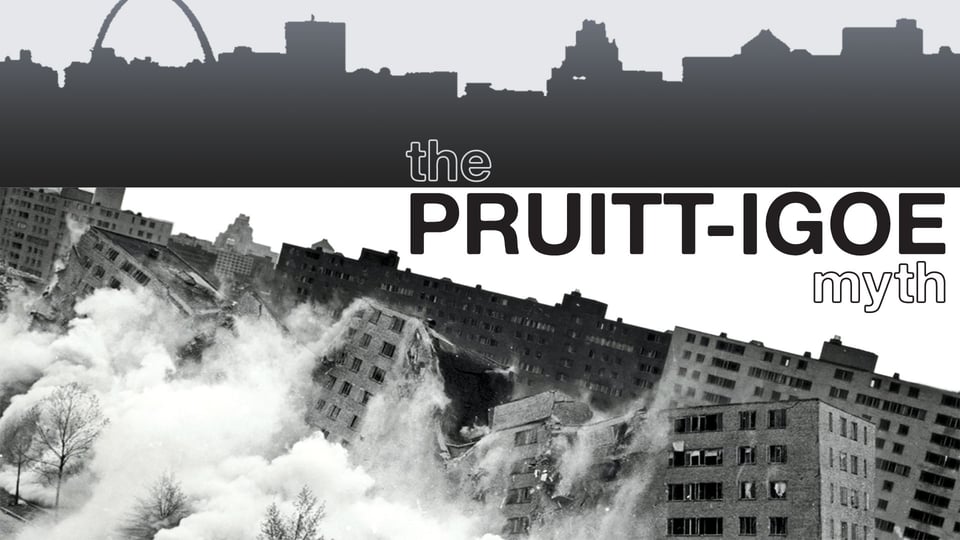 It
began as a housing marvel. Built in 1956, Pruitt-Igoe was heralded as
the model public housing project of the future, “the poor man’s
penthouse.” Two decades later, it ended in rubble – its razing an iconic
event that the architectural theorist Charles Jencks famously called
“the death of modernism.” The footage and images of its implosion have
helped to perpetuate a myth of failure, a failure that has been used to
critique Modernist architecture, attack public assistance programs, and
stigmatize public housing residents.

The Pruitt-Igoe Myth seeks to set the historical record straight. To
examine the interests involved in Pruitt-Igoe’s creation. To re-evaluate
the rumors and the stigma. To implode the myth.