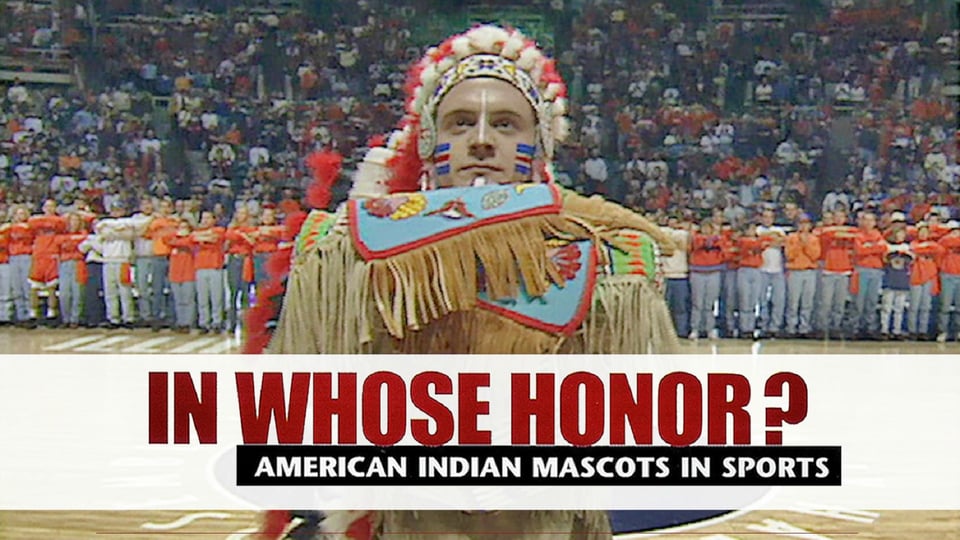 The
Cleveland Indians. Washington Redskins. Atlanta Braves. What’s wrong
with American Indian sports mascots? This moving, award-winning film is
the first of its kind to address that subject.

IN WHOSE HONOR? takes a critical look at the long-running practice of
“honoring” American Indians as mascots and nicknames in sports. It
follows the story of Native American mother Charlene Teters, and her
transformation into the leader some are calling the “Rosa Parks of
American Indians” as she struggles to protect her cultural symbols and
identity. IN WHOSE HONOR? looks at the issues of racism, stereotypes,
minority representation and the powerful effects of mass-media imagery,
and the extent to which one university will go to defend and justify its
mascot.