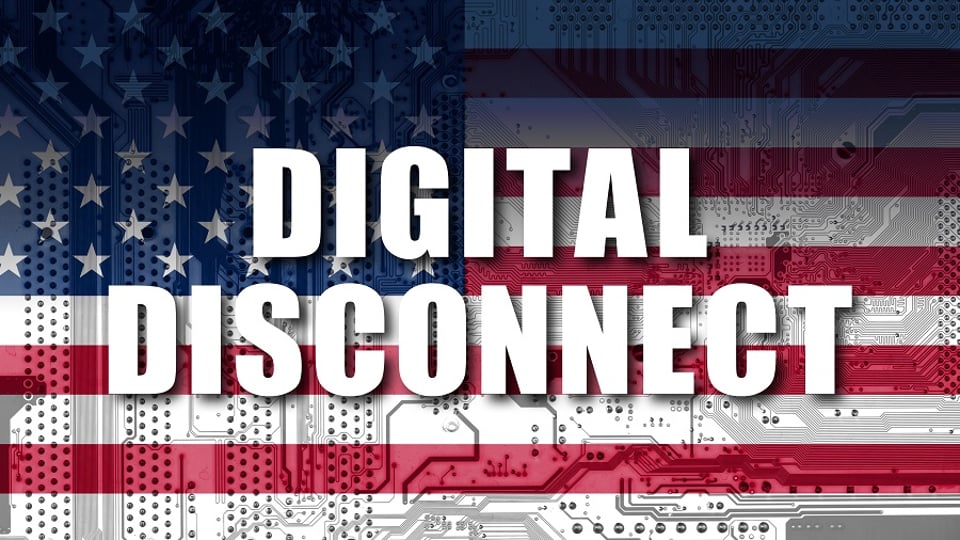 In
this era of Facebook privacy breaches, “fake news” and filter bubbles,
the essential film DIGITAL DISCONNECT trains its sights on the
relationship between the internet and democracy. Tracing the internet’s
history as a publicly funded government project in the 1960s to its
full-scale commercialization today, the film traces how the
revolutionary, democratizing potential of the internet has been
radically compromised by the growing and unaccountable power of a
handful of telecom and tech monopolies.

Based on the acclaimed book by media scholar Robert McChesney,
DIGITAL DISCONNECT examines the ongoing attack on net neutrality and the
concept of an open internet by telecom monopolies like Comcast and
Verizon; explores how internet giants like Facebook and Google have
amassed huge profits by surreptitiously collecting our personal data and
selling it to advertisers; and shows how these tech and telecom
monopolies have routinely colluded with the national security state to
advance covert mass surveillance programs.

While most debates about the internet continue to focus on issues
like the personal impact of internet addiction or the questionable
data-mining practices of a few isolated companies like Facebook, DIGITAL
DISCONNECT digs deeper to show how capitalism itself has turned the
internet against democracy.