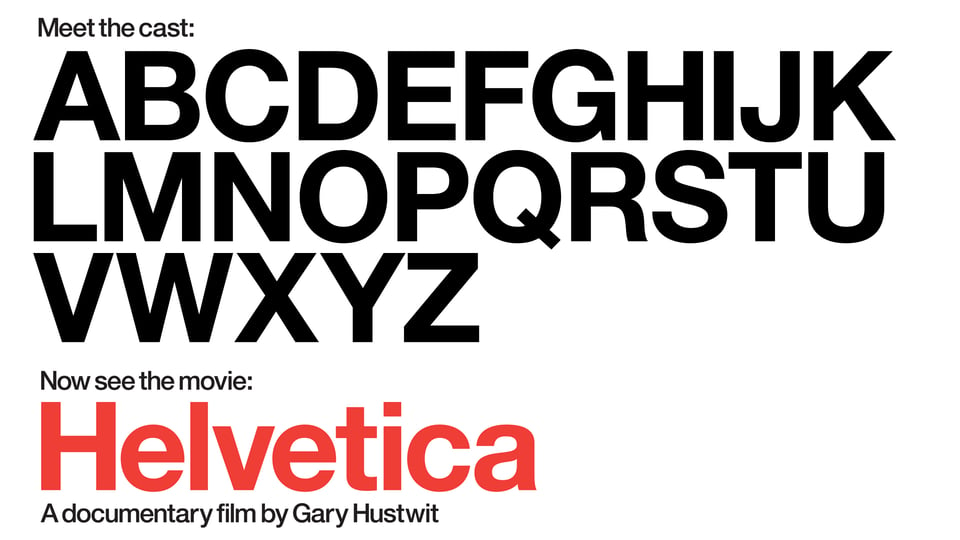 An
independent film about typography, graphic design and global visual
culture. HELVETICA looks at the proliferation of one typeface (which
celebrated its 50th birthday in 2007) as part of a larger conversation
about the way type affects our lives. An exploration of urban spaces in
major cities and the type that inhabits them, this film offers a fluid
discussion with renowned designers about their work, the creative
process, and the choices and aesthetics behind their use of type.

Official Selection at the SXSW Film Festival. Nominated for the Truer than Fiction Award at the Film Independent Spirit Awards.

“Even viewers who’ve never given a serif a second thought are in
for an exclamation point of joy from such a well-designed doc.” – Lisa
Schwarzbaum, Entertainment Weekly